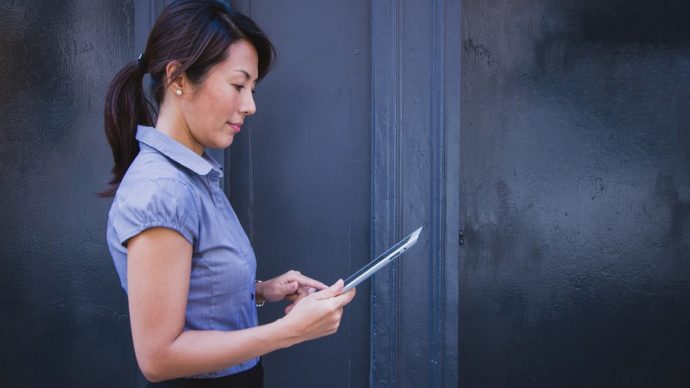 It is already so well-known and often referred to (sometimes jokingly) that the fashion industry is a peculiar mix of female buyers and male leaders.

Last month, The Business of Fashion’s (BoF) Helena Pike wrote an article about how female fashion creative directors and CEOs are in the minority, providing some very interesting, and shocking, statistics. I found it a great read as it touched upon the reasons why there is such a glaringly obvious absence of women in the top roles.

However, what is often missing from the general narrative is why it is so important for the fashion industry to have more female leaders.

It isn’t simply about equality (although I believe that there should actually be a significantly higher proportion of women creative directors and CEOs than men). Following are the reasons why I feel more women leaders would benefit the fashion industry.

Let’s start with the most obvious one first. The primary consumers of fashion are female. The best businesses respond to the needs of the customer and her values; they do not simply make a product and sell it. Who better to understand these values than women themselves?

This isn’t to say that a male fashion designer or CEO cannot understand the needs and values of the female customer, but his ability is undeniably limited. At the moment however, it seems as if male leaders are often granted the first, and sometimes only, opportunity of being the female customer’s “advocate”.

2. Body image and perceptions of beauty

The way a woman sees her body is different to how a man sees it. Period.

I often wonder how the runway and models would look if there were more female creative directors and CEO’s. Perhaps there would be a faster, more noticeable and more open discussion about changing industry norms? Models from ethnic minorities? Modest fashion? Models of different sizes and proportions? Sustainability and Ethics? The list goes on.

The truth is that many male leaders present an image of what they believe is a dream/desirable woman, which may conflict with how women actually see themselves.

Not only does this contribute to societal pressures, it turns people away from an industry that feels closed, when in reality beauty, and fashion for that matter, is a universal concept.

This is amply demonstrated by the scientific B.A.N.K.™ system that I use to help my clients achieve more in business and in life. B.A.N.K.™ shows that women tend to have a higher Nurturing score than men on average. High ‘Nurturers’, as we like to call them, value community, ethics, charity, contribution, among many other things.

Like everyone else, high Nurturers also have elements of the other B.A.N.K.™ personality types (i.e. Blueprint, Action and Knowledge), which all combine to produce the B.A.N.K.™ Code of the person. More details can be found at the link cited previously (here).

In order to maintain an economically healthy and sustainable industry, fashion (and especially luxury fashion) must have a healthy dose of all four value personality types without one being neglected or discriminated against.

4. There is nothing wrong with being feminine

In Pike’s article, she suggests that female fashion designers are often portrayed as being less creative and more feminine compared to their male counterparts. If more women were in top positions, I could imagine that blanket generic terms such as ‘feminine’ would be used less often in exchange for more descriptive, empowering and positive ones.

Having more women in the industry would create a greater, more positive sense of femininity, which in fact is not one sided, but rather has many facets and forms of expression. ‘Feminine’ should also not be synonymous with ‘girly’, nor should either word have a negative connotation.

We must become more accustomed with the idea that feminine is also powerful, in its own quite profound way.

5. Times are changing and millennials crave connections with companies

The fashion company is like the new Best Friend Forever. Millennials are better informed than ever before and are increasingly vocal about issues they care about. Each new generation becomes more ambitious than the last in the workplace and as they pursue their careers, they want to know that attaining a top role in an industry so close to their hearts is not influenced as much by their gender as the unique values and perspectives they bring to the table.

Just as we have women groups and networks for other industries, there should be similar ones for fashion and luxury fashion in particular, to promote and aid women in higher positions.

This does not mean that there should be any segregation. It simply means that women’s achievements and the value they bring to the industry would be even more widely celebrated than they are today.

With more women leaders and advocates in the industry, there would also naturally be less discrimination and a shift towards industry conditions that safeguard a work-life balance for women leaders and indeed women factory-floor workers.

To conclude, I do not wish nor intend to underplay the contribution of male CEOs and fashion designers to the industry. However, in order for us to properly and effectively address the issue at hand, we must openly discuss why it is so important that there are more female leaders in the first place! #OpenLetter

Having worked in Germany at one of the top 4 market research companies in the world, Lily Badmus now works in the UK as a Sales Velocity Trainer & Consultant for the luxury industries. She helps businesses build more meaningful and sustainable relationships with customers and staff members as a means of increasing sales and improving communications performance.

The 5 Reasons Your Marketing ISN’T Working and The 10 Things That FIX the Problems. Access it now.

This website uses cookies to improve your experience while you navigate through the website. Out of these, the cookies that are categorized as necessary are stored on your browser as they are essential for the working of basic functionalities of the website. We also use third-party cookies that help us analyze and understand how you use this website. These cookies will be stored in your browser only with your consent. You also have the option to opt-out of these cookies. But opting out of some of these cookies may affect your browsing experience.
Necessary Always Enabled
Necessary cookies are absolutely essential for the website to function properly. This category only includes cookies that ensures basic functionalities and security features of the website. These cookies do not store any personal information.
Non-necessary
Any cookies that may not be particularly necessary for the website to function and is used specifically to collect user personal data via analytics, ads, other embedded contents are termed as non-necessary cookies. It is mandatory to procure user consent prior to running these cookies on your website.
SAVE & ACCEPT
%d bloggers like this: